“A Promise Made, A Promise Kept” 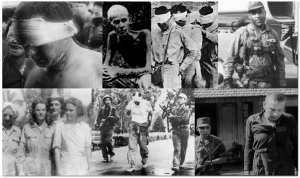 The Mission of the Jefferson Barracks POW-MIA Museum is to reverently honor all who served our country in any branch of the United States military who were captured by enemies of the United States or who are missing in action from any year and from any conflict.  This Mission includes raising the awareness of the American public to the numbers of captured Americans who returned to us alive, and to the numbers of those who perished in captivity, and to the numbers of those service personnel missing who have not yet been returned to us for the homage they deserve. 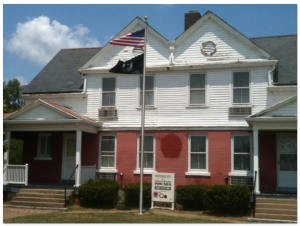 The Jefferson Barracks POW-MIA Museum initially formed as a LLC in August of 2011. However, in order to qualify as a 501©(3) non-profit, tax exempt entity, it restructured into a C Corp under the Missouri Nonprofit Corporation Act, Chapter 355 of the Revised Statutes of Missouri, and with the help of Mr. Stuart Symington Jr., and with the help of Mr. John Walsh and Ms. Jennifer Jones of the Law firm Spencer, Fane, Britt & Browne, became the Jefferson Barracks POW-MIA Museum, Inc. on May 18, 2012.

An Executive Committee consisting of a president, vice-president, secretary, and treasurer elected from the Board of Directors, exercises general executive supervision over the affairs and activities of the Jefferson Barracks POW-MIA Museum as authorized by its Bylaws and the Board of Directors. The president and vice-president are at all times representatives of different organizations. The Board Members and Executive Committee officers all serve without compensation.

Motivated by the interest generated by the Missouri AMVET POW-MIA Traveling Museum, AMVET District Commander, Joe Grohs Jr., contacted U.S. Congressman Russ Carnahan about the possibility of a permanent POW-MIA Museum in Missouri. Congressman Carnahan began looking into it and in April of 2011 sent letters to Missouri’s Veterans Groups inviting them to join together in an effort to establish a permanent POW-MIA Museum in the Old 1898 Officers’ Quarters Building located at 16-18 Hancock Road, in the Jefferson Barracks Historic District. The structure, up until August 2008, had housed Missouri’s Civilian Conservation Corps Museum.

The Jefferson Barracks POW-MIA Museum, Inc. is a 501C(3) non-profit, non-partisan, all volunteer organization with a Board of Directors, an Executive Committee, and an active Fundraising Committee in place. It is currently busy with raising funds for Museum design, repairs and renovations, as well as with meeting the necessary requirements and making the necessary preparations to enter into a long-term Lease Agreement with St. Louis County, owners of the Old 1898 Officers’ Quarters Building.

It is the hope that a Jefferson Barracks POW-MIA Museum will not only honor the service and tremendous sacrifices of our POW’s and MIA’s, but will also become a source of deep pride for Jefferson Barracks, St. Louis County, the State of Missouri, and indeed all Americans by staying true to the words of its motto: “No One Left Behind, No One Forgotten.”