Paul Dillon, President – Paul Dillon is a next-of-kin member of the American Ex-Prisoners of War. He is the son of a former Prisoner of War. His father was a B-17 ball turret gunner who was shot down over Germany during WWII and a POW for a year and eight months in Stalag 17B. Paul is a graduate of the University of Arkansas at Little Rock and an Army Veteran who was assigned to the 6th PSYOPS BN. (ABN), Fort Bragg, North Carolina. He illustrated the child-friendly book about the POW-MIA legacy entitled, “N is for Never Forget,” written by Nancy Polette.

Richard Heigert, Secretary – Richard is a graduate of Southern Illinois University – Edwardsville, and of the US Army Command and General Staff College. He entered the U.S. Army in 1966 serving as an officer in the Army Corps of Engineers, remaining active in the Army Reserve until 1994, retiring as a Colonel in the Military Intelligence branch. He joined the American Legion in 1981 and has served as Post Commander, District Commander and Missouri Department Commander. Among the many positions Richard has held, he is currently the American Legion National Executive Committeeman for Missouri, as well as the National Legislative Council Liaison for Senator Claire McCaskill. Richard is also the current Legislative Chairman of the Missouri Association of Veterans Organizations.

Ken Kennedy, Jr., Treasurer – Born in St. Louis, MO, he is the son of two WWII veterans. His father served as a gunner on a B-27 in the Pacific, and his mother was a Navy nurse who was also a Disabled Veteran.  Ken graduated from High School in 1966 and attended one year at a Community College before enlisting in the U.S. Navy.  He served four years attaining the rate of Petty Officer, Engineman Second Class.  A Vietnam veteran, he served three tours in and around Vietnam.  During which time he would be assigned to Swift Boats.  He was awarded the Vietnam Service Medal with two Bronze Stars, and the Vietnam Campaign Medal with one Bronze Star.  An AMVET since 2002, he has also been a member of the American Legion since 2006.  He is a Life Member of both organizations.  Ken has worked as an AMVET Judge Advocate, and is also Post Adjutant for both the AMVETS and the American Legion.  He serves on the Missouri AMVET POW-MIA Committee as Finance Officer, and is the AMVET Ninth District Second Vice-Commander.

Sandie Grassino – Daughters of the American Revolution (Board of Directors, 2017) 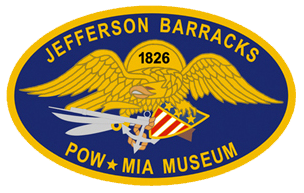