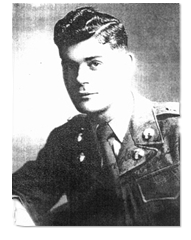 “I was in the 21st infantry Regiment of the 24th Infantry Division when Korean War started. We were sent into combat at Osan, Korea, on July 5, 1950, to stem the tide of the advancing North Koreans. My unit was overrun by a horde of North Koreans. I escaped capture for two weeks by hiding in caves, bushes and ditchesin the mountains. Finally, worn out, very hungry and thirsty, I was captured in a village where I had been befriended by an old couple that fed me and gave me water. However, it was possible that they may have called the north korean soldiers who captured me.

From that point on my life in Korea was a living hell! I was beaten routinely. I was denied food and water for long periods of time. I was paraded in front of the civilian population for propaganda purposes. I was interrogated, tortured,  and suffered through the heat and cold for the next few months. I was almost convinced that God had forgotten me” 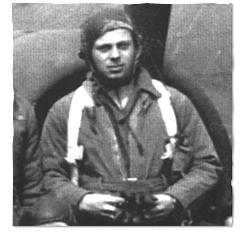 “Shortly after leaving Cottbus (our target) the formation was attacked by  FW-190′s. Our plane was hit by 20mm cannons. One of the shells entered the nose where the bombardier and I were stationed. It blew up between us.I got shrapnel in my right leg and my chest pack parachute was hit and damaged. I called on the intercom to the top turret gunner for the spare chute we always carried. He passed me a chute. I heard on the intercom that one wing had been hit and was on fireI snapped on the chute and then heard someone say “there goes the wing.” 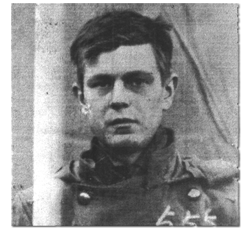 “A Jap patrol caught me, put me on a truck to a nearby city, then onto a train to Manilla where I was put in a dungeon under Ft. Santiago. There was no light in my cell. The hall was constantly patrolled by the Kempeitai (Japanese Military Police), who spoke English. I was frequently taken upstairs to an interrogation room hour after hour and day after day. They wanted to know what guerilla unit I belonged to.
I told them I was a civilian, working in the port area and lived at the YMCA. When the Japs entered Manilla, I took a bus to the country. They did not believe this. I gave the same answers hour after hour and was frequently beaten with fist and bamboo clubs. They would not believe I was a civilian because I was in Army clothing. I told them I got the clothing in the warehouse at the dock, when all my clothing and personal possessions were destroyed. I was then held down and burned on my feet and legs with cigarettes.

They often took me into the courtyard and tied me to a pole driven into the ground. With my wrist tied behind me, the Japs would raise my arms and listen to me holler. Other times they would have me kneel down and place my head forward. A Kempeitai officer would raise his sword and swing it several times, just missing my head.”